Back to Latest Articles
Online Marketing

Video Advertising has begun somewhere in the early 2000’s, and was popular pretty much from the start. Around the year 2005, as YouTube established itself as the leading...

So you developed a new app. Great! We are sure that your app might be The very next thing, and as such we are really excited and proud of you, but what’s your next step in the app...

Not long ago we met advertisers in the traditional way – they offered and offer and we had the option to take action or not. It could have been a great deal, a new service, or...

Lately we’re seeing Groupon everywhere and it’s not because of their great marketing strategy. Most of us have read a handful of articles about Groupon, its business...

Video Advertising has begun somewhere in the early 2000’s, and was popular pretty much from the start. Around the year 2005, as YouTube established itself as the leading video-sharing website, the popularity of Video Advertising reached a new level. Since then, it grew even more rapidly, and in late 2006 it reached a certain milestone, with YouTube being purchased by Google. It has since grown to become one of the most popular advertising mediums, and is regarded as a unique and independent advertising means. Marketers have learned to set a designated budget for video advertising, as part of their online display campaign – contrary to the past, in which it was a small sub-set of the TV advertising budget. Realizing the potential and wanting to remain on top of the game, advertisers choose to allocate more and more funds – even within the online advertising budget itself – from traditional banner ads and other display mediums, to proper video advertising.

There are several advertising formats available to the online video advertiser: 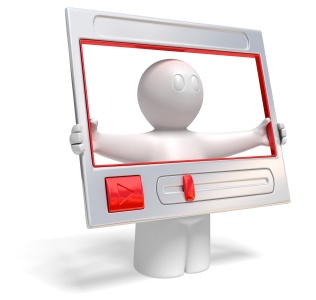 In a similar manner, video advertising in the UK is expected to be in the forefront, growing by a compound annual rate of 65% over five years. According to eMarketer’s predictions, by the year 2015, UK video online ad spending will reach $850 million, compared to $150 million in 2011. From a top-scale perspective of online advertising as a whole, video is expected to grow to 8.2% in 2015 from 2.1% in 2011. These figures aren’t very surprising, as more and more users spend lots of time online, both on mobile/tablet devices and on computers. Viewing video content, especially YouTube-based, is among the most popular online activities. The added value of the emotional draw users have to video content, similar to their draw to TV, makes video advertising even more efficient.

For example, video provider Eyeview and travel site KAYAK say that personalized video ads can have positive brand-boosting effects for advertisers.
In order to put this to test, Eyeview split respondents into two groups. The first group was shown a generic KAYAK ad; the second a more personalized, localized ad featuring real-time flight deals for their local airport.
“The study found online video ad personalization and relevancy resulted in a 37% lift in reported purchase intent, a 100% lift in brand favorability and 73% lift in brand loyalty. Clearly, personalization can increase the ability to remember and relate to online video ads, ultimately creating a more powerful branding effect… Respondents were generally receptive to the personalized video ads. When asked to rate their perception of the personalized video ad on a Likert Scale, 66% felt positively about the ads while only 12% had negative sentiment about ad relevancy. Twenty-two percent were neutral.”

In summary, it is therefore fair to establish that digital video advertising, if used right, can provide brands with a dynamic way to engage their online audience and establish a brand presence.

The traditional world of marketing is becoming less and less relevant, as time passes. Many consumers ignore ads on magazines and newspapers, almost automatically, and skip...

Most companies nowadays regard users as their most valuable asset, simply because good, loyal and long-term users are not easy to find. There is no doubt that customers are the...